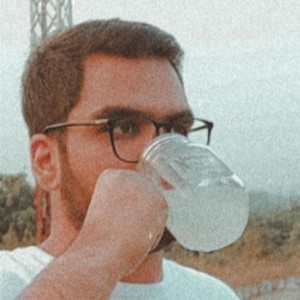 The Exposure Triangle for beginners: What is the exposure triangle and how to go about attaining the perfect exposure every time.

The Exposure Triangle for beginners: What is the exposure triangle in a camera and how to go about attaining the perfect exposure every time.

Every photographer when first trying to move out of the ‘auto’ setting on their brand-new interchangeable lens camera has gone through this dilemma time and time again. How do I get a photo with that trailing tail lamp of a car? or How is it that this photograph has a managed to capture a fast-moving ball midair so crisp? or the most asked beginner photography question of all time What is ISO, Aperture and Shutter Speed?

To begin understanding each of these terms and how these three components work together to create an actual exposure or a photograph, You first need to understand the relationship between these three elements-i.e., Aperture, Shutter Speed and ISO and how adjusting one can impact the settings of the other two. This is where the concept of The Exposure Triangle comes into picture.

The Exposure Triangle is an effortless way to associate the three variables that determine the exposure of a photograph. Before we get into how changing one variable impacts the rest let’s first get around understanding what each of these variables are and how do they function on their own.

ISO refers to the sensitivity of your camera. A higher ISO number implies that the image sensor is much more sensitive to light and vice versa. A higher ISO would mean that you get a brighter image, however it comes with a tradeoff. the greater the ISO the nosier your image comes out to be. The noise introduced in an image due to high ISO is called grain.

The lower the ISO the cleaner the image

Picking the right ISO is crucial to clicking the perfect image. ISO can vary depending on the scenario. Increasing the ISO would let you click a photograph in conditions with limited amount of light. On the other hand, you sometimes are in a situation where you’ve maxed out your ISO capabilities, this is where the concept of Shutter Speed and Aperture come into picture.

ISO controls how sensitive to light the image sensor is.

The snap that you hear when clicking a photograph is of the shutter opening and closing. This sound lets you know that the photo has been captured. Every time you press the shutter button a door opens and closes in front of the sensor. This ‘door’ is called the shutter and the speed at which the shutter opens, and closes determines the duration of time the image sensor is exposed to the light.

Slow shutter speed can lead to more motion blur in the image.

The shutter speed is measured in fractions of seconds. Let’s say that you’ve set your camera’s shitter speed to 1/250 that means that the image sensor will be exposed to light only for 1/250th of a second. As the number in the denominator increases the amount of time the sensor is exposed to light decreases.

Once you’re confident enough to manually control the shutter speed at your will you can start getting some highly creative results.

Shutter Speed controls the amount of time the image sensor is exposed to light.

Simply by knowing the f-stop you can easily determine the amount of light hitting the sensor and the depth of field of the image. Have you ever asked the question I wonder how they can only focus on this one particular object leaving everything else in the image out of focus? That is the result of a smaller f-stop.

Smaller the f-stop number, larger the opening is that lets the light in.

An f-stop number is inversely proportional to the area of opening created by the aperture blades. this means at f1.4 you’re able to let in twice as much light as f2 but your place of focus is reduced significantly. Similarly at f16 your depth of field is exponentially greater than at f2.8 which would mean you are able to focus a wider set of things over multiple distances, but this would also mean you’re only allowing a lot less light to hit the sensor. This is where you can counterbalance the lack of light with a high ISO or a slower shutter speed.

The wider the aperture opening is, The fewer things come in focus.

This brings us to the concept of The Exposure Triangle and how manipulating one of the 3 sides of the triangle effects the other 2.

Imagine a simple triangle, Imagine the sides of the triangle to be one of each setting i.e., ISO, Shutter Speed and, Aperture. it’s an important note that these three settings work together to produce an Exposure Value. Meaning you can’t change one setting without it impacting the other two sides of the triangle while maintaining the same exposure.

Let’s look at a simple example of you clicking a picture of a beautiful beach during the sunset. The Settings you’ve dialed into your camera are as follows.

With these settings you’re able click a picture with the perfect exposure but you aren’t able to capture the motion of the waves hitting the beachside very well. To ensure that you get to capture the motion blur within the waved you will have to bring down your shutter speed from 1/250 to somewhere around 1/60 or 1/30. If you only change the shutter speed without counterbalancing it a lower ISO speed or a smaller Aperture (a bigger f-stop number) your image would come out to be over exposed.

You’re now armed with the information to go and click photographs that would satisfy the things you’ve envisioned.

Come back next time when we discuss the basics of focal lengths within lenses and how to pick the right lens for your next purchase.

12 Graphic Design Trends That are Stealing the Light in 2021

Don't worry. we don't like spamming your mail boxes anyway.

With the number of brands that are competing to make a name for themselves or stay relevant, it is a battlefield of fame. Sometimes, brands

Recently, Google announced the Beta 1 release of Android 12 which will be called, well, Android 12. Rumour says that it is internally called “Snow

Brands all across the globe have started their transformation into the digital world. With that, the evolution of user experience has been faster than ever.